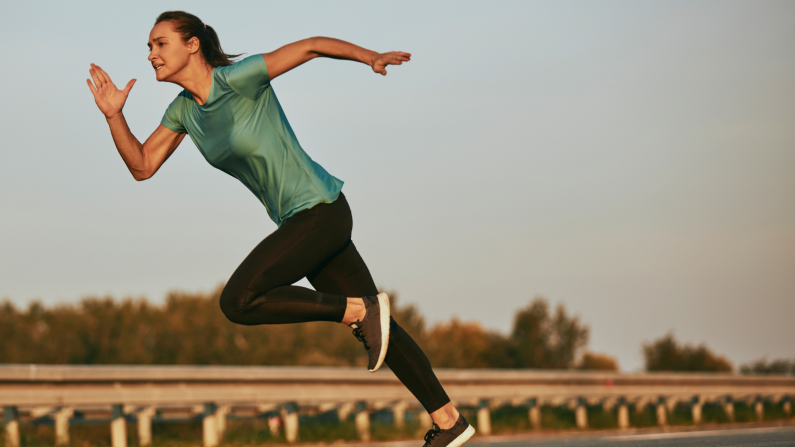 Being faster is attractive. Not just for professional athletes that might rely on their speed, but for everyone. The general population, especially over 50s, would experience a range of health benefits by including speedwork in their training.

Hobby or semi-professional runners aim to improve their time continuously so they can perform better at their chosen distance, may that be a 100m, 10k, half-marathon or marathon. You will find people in every population who need speed development for various reasons so let's dig into the research on how to program for your clients so they can become faster in their chosen activities.

Athletes that play field sports rely on their speed and power as an entry point into their games. Sports like football, baseball and hockey have components where not only will the players need to have fast acceleration and hold a high speed, they also need to generate speed on the ball.

In these sports with a "falling forward" requirement a bigger, taller athlete is better suited to produce more speed on the ball than shorter athletes. It makes intuitive biomechanical sense; longer levers will translate into greater speeds generated. This seems to be consistently the case in sports where athletes throw or kick a ball forward.

Volume and Recovery for Sprint Training

Sprint training, the purest form of developing speed, is exhausting. It can overwhelm the central nervous system, so more is not necessarily better. Conditioning through speed and power work can lead to CNS fatigue; it will make your clients tired and sweaty, but it isn't necessarily beneficial.

Similarly, efforts of very low intensity won't result in the speed gains expected either. There's a sweet spot between maximising efforts in training and giving your clients enough time to recover through prioritising quality sleep and nutrition, and that seems like it's a
72hr recovery window after a sprint workout.

Consistently performing sprint training will be essential in getting faster. Paying close attention to training volume will be necessary so that you don't overload the client's CNS. You can achieve that by focusing on a few different methods of speed training:
Including varied distances to sprint
Different velocities
Different levels of effort
Switching focus between getting strong at starting quickly (acceleration) and sustaining top speed (maximum velocity).
Allowing enough recovery time after a heavy speed session

Keep the training intensity appropriate for the individual. Whenever sprint training is on the plan, make it count. Having a thoughtful, considered plan which is written specifically for that athlete will be essential in making sure they have the road map to their goals. But it's only half the battle. It must be followed; no going off-plan and adding extra reps, or skipping that last set.

Being a faster athlete is much easier when leaner. The amount of mass moved at speed can hinder sprint training. While this may be a touchy subject with the general population, at some point in their training, your clients will need to understand that their body fat level will affect their running speed.

However, losing weight means they will lose some muscle tissue too, especially in older populations. When resistance training is a part of a weight loss plan, the muscle loss can be minimised, and in the example of the ageing population, it can help their walking speed.

If you're working with healthy clients, strength training, as well as speed training is generally advised to be included in their plan. As discussed in the
strength training best practices article, it doesn't have to be a huge time commitment to be effective. Less than an hour of resistance training split into two or three sessions a week will elicit great benefit.

Olympic weightlifting is one of the fastest, most power dominant sports, and that requires extraordinary strength, speed and mobility. It's comprised of two lifts; The snatch, where a barbell is lifted from the ground to overhead in one movement, The clean and jerk, where the barbell is lifted from the floor to shoulder height, and then overhead in a separate motion.

Weightlifters have incredibly strong legs, and the development of their fast-twitch muscle fibres means that they are second only to short-distance sprinters in speed and second only to gymnasts in mobility.

Including Olympic lifts into your clients' training will aid their speed goals, whatever their sport. Since Olympic lifting is performed at speed, it should be done with experienced lifters and under the supervision of a specialist coach.

It seems like since speed is necessary for survival, getting faster would be both intuitive and easy. It is neither. Usain Bolt's 200m record has not been beaten for ten years, and Florence Griffith Joyner's has stood for more than thirty.

The development of speed is a balance between optimised training and enough rest for your central nervous system to recover. Sprinting is probably the best tool, especially for speed that translates into field and team sports.

Lifting weights explosively, such as the Olympic lifts will contribute to becoming faster, as well as optimising body weight.

How to Build a Training Program on Your Mobile Phone

Ready to join the family?

We'll get you up and running in no time. Start with our zero-risk free trial and build your personal training empire today.